Among sole practitioners, men’s pay is nearly 17 per cent higher than women’s.

Collated from a sample of 1,800 respondents, the survey shows salaried male architects in private practice receive on average seven per cent more than their female counterparts. Among sole practitioners, men’s pay is nearly 17 per cent higher than women’s.

“RIBA president-elect Angela Brady, who organised the Women in Architecture conference earlier this month, argues architecture’s ‘long-hours culture’ is to blame. She says men shouldn’t be paid more ‘because they do the same job in longer hours’.

She said: ‘People should ask more: “Am I being paid the same salary as someone with the same level of responsibility of work?”’ 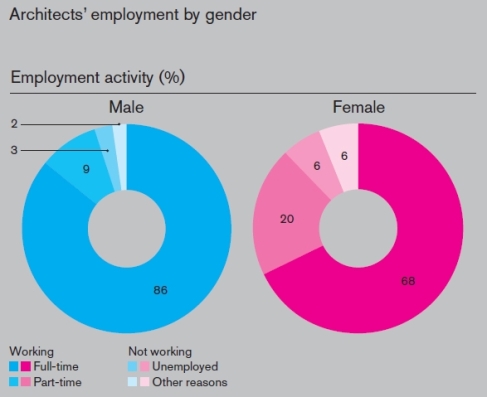 ← Role models?
Could Le Corbusier be a woman? →