In the wake of the #metoo movement, Women’s March, and Weinstein disaster, how has the architecture world reacted to the renewed energy of the feminist movement?

First of all, #metoo has definitely reached the profession. Anyone who has the naivety to believe planning professions are spared the sexism and sexual harassment cases that the art and movie worlds have contributed to expose, should be reminded of the Berkeley case. Whoever argues that women or men claiming they have been harassed for publicity reasons should bear in mind that sexual crimes are typically blamed on the victim, and that none readily and happily exposed oneself to public scrutiny on whether they have been wronged or not. The Berkeley case is paradigmatic of a power imbalance prevalent across the academic world, and in the architecture profession too.

A powerful professor, advisor of a Phd Candidate, has basically right of life and death over his or her student, who has very little leverage to defend him or herself, since his or her career is at stake.

The case of the ETH astronomy professor who was suspended for ‘professionally harassing’ (overworking, etc.) her students only illustrated these dark situations. Because the culprit is a woman, it is easy to generalize and say ‘women do it too.’ Yet there is a side story to these behaviors. The professor was one of two women among 50  professors at the university, and it has been argued that for a woman to survive in this hostile environment, she would ought to be overly aggressive, a treat that all male professors get away with. This is not to defend that particular case, but to illustrate how toxic the academic environment can be, regardless of the discipline.

But let us go back to architecture. As we have been pleading for years, it appears the gender imbalance in representation at design events, lecture series, etc. has finally reached home, with several organizers suddenly realizing it makes their venue look bad to be #toomale and #allmale panels are a thing from the past.

Dezeen has a complete report here.

Another excellent occurrence that the winds of changes have brought is the election of a young female at the head of one of the most prestigious architectural education institution: the AA. Eva Franch i Gilabert, Princeton graduate and Storefront for Art and Architecture Director has been elected to become the new dean, over two older men. 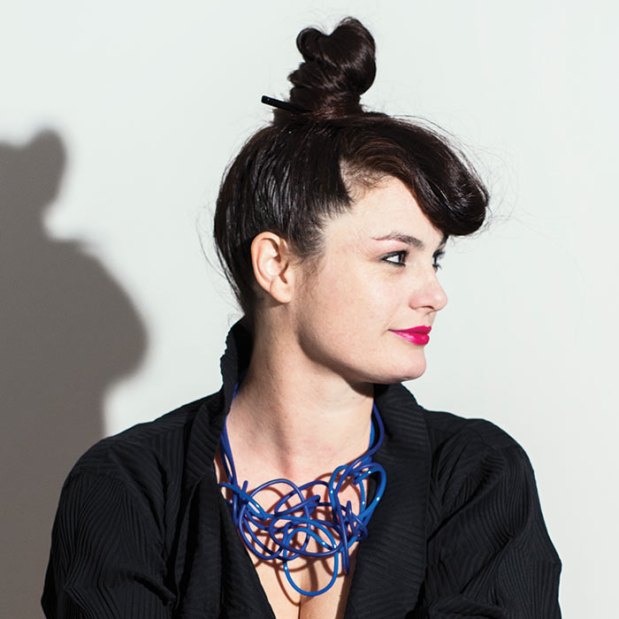 Architecture offices have been more or less open to bring the topic of gender pay gap, such as Forster (10.5 per cent less), or have been attacked for not having women in leading position.

Some institutions have been taking steps, such as the Architecture Department of ETH, whom recently created a Parity and Diversity Commission (something German universities have since years). The novelty is that the D-ARCH requires now from his Chairs to have parity at lecture series and during juries. The Department hosts also for the third consecutive year a Parity Talks on 8 March, to event detail here. 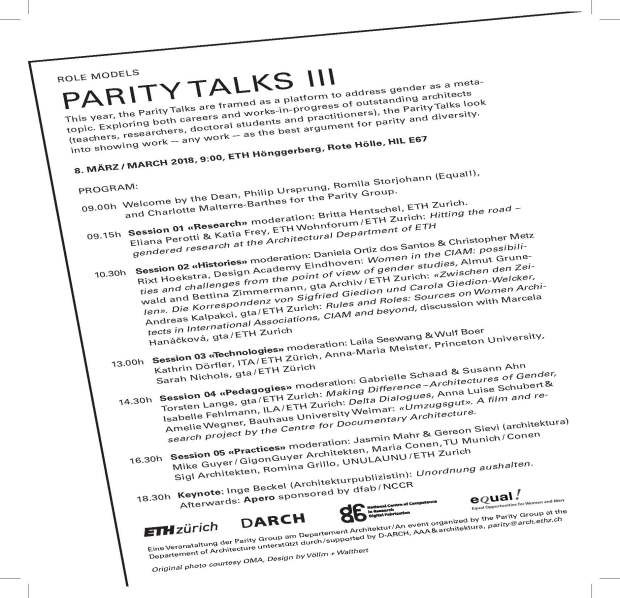 RIBA is hosting a day of debates, events and film screenings across the UK. The German architecture museum (DAM) appropriately closes the ‘Women Architects’ exhibition on 8 March with a tour by the curators (free entry for women- and men 😉

Wishing you a brilliant 8 March, enjoy the new wind!

← Women in the profession of architecture: Exhibitions, publications, seminars for Fall 2017